Air France has re-launched  its cadet pilot programme after closing the system eight-years ago.  The  French airline says it needs to recruit 250 new pilots each year because of natural departures and a significant growth within the  Air France, Joon and Transavia fleet.

The new programme will be funded entirely by Air France and will take 20 to 24 months to complete, before the trainees join the Air France group as pilots on A320 or Boeing 737. 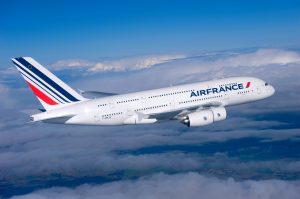 The Airbus A380 is a double-deck, wide-body, four-engine jet airliner manufactured by European manufacturer Airbus. It is the world’s largest passenger airliner, and the airports at which it operates have upgraded facilities to accommodate it. 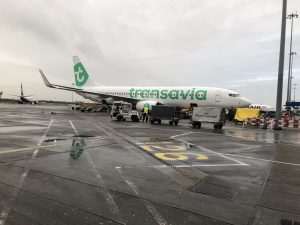 Transavia, legally incorporated as Transavia Airlines C.V. and formerly branded as transavia.com, is a Dutch low-cost airline and a wholly owned subsidiary of KLM and therefore part of the Air France-KLM group.

The basic pre-entry requirements for applicants are:

• No age limit
• Be a national of a country in the European Economic Area or of Swiss nationality and be fluent in French.
• Not have been disqualified and/or eliminated twice from an ‘Air France pilot’ selection, regardless of the programme
• Not have been eliminated during an Air France or Transavia Pilot training course
• Meet one of the following conditions: Have “baccalauréat” level qualifications and hold a valid ATPL Theory issued by an ATO certified by a Member State of the European Union;

Or have completed a study in a scientific subject area course resulting in a BAC+2 or a minimum of 120 ECTS credits;

Or be currently completing a Master study programme (BAC+4/+5) in a university or engineering school (or have graduated).

• Have a TOEIC (Listening and Reading) test score of at least 850 pts, no older than 2 years at the time of selection. TOEIC is obligatory no equivalence accepted.
• Have a “Class 2” medical fitness certificate delivered by an EASA/DGAC-approved doctor
Applicants will be required to pay registration costs amounting to €160 at the time of the pre-selection process (French government scholarship recipients exempt).

Pre-selection will be carried out on the basis of an online test integrating different logic, reasoning, aeronautical general culture and English language tests. Applicants who successfully complete the pre-selection tests will be invited to take part in a “PSY 1” phase comprising different psycho-technical and psychomotor tests.

Applicants who successfully pass the “PSY 1” phase will be called for the “PSY 2” phase, which will comprise of group tests and an individual interview.
Basic training, fully paid for by Air France, will be carried out in partner schools and then at the Air France training centre for a period of about 24 months.

During this training, cadets will receive compensation ranging from 80% to 100% of the minimum wage in France.
This training will be marked by obtaining: