The Aviation Minister Liz Sugg has written to the aviation sector, calling on them to pledge action to overcome the gender gap in aviation.

Women account for nearly half (47%) of the national workforce, but only around six per cent of airline pilots worldwide are women.

Liz Sugg, said: “For every hundred airline pilots, ninety-four are male. With a shortage of pilots in the future, the aviation industry needs to be making the best use of the talent in this country. There are already some great industry initiatives, and ahead of International Women’s Day we are calling on the aviation industry to pledge action to address this gap.”

The Government say that there are already a number of positive initiatives taking place across the aviation industry, including:

• Baroness Sugg helped to launch the ‘Women in Aviation Charter’.
• easyJet is on track to achieve its target of ensuring 20% of its new pilot entrants are female by 2020.
• Flybe’s FlyShe campaign raises awareness of gender stereotypes.
• London Stansted Airport is a signatory to the Women in Aviation Charter, and has a number of education programmes including its Aerozone centre which have helped inspire thousands of young girls in the last three years.

Liz Austin, HR Director at London Stansted Airport, said: “Encouraging more girls into aviation-related careers is something London Stansted fully supports, and we welcome the government’s drive to increase the number of women in these roles.

Stansted Airport College was created to build pipeline of future talent, and works hard to promote the many exciting opportunities open to girls in aviation, from engineering to cabin crew. Along with our Aerozone education centre for younger children, we’re proud of the part London Stansted is playing in inspiring the next generation of the aviation workforce and look forward to seeing an increase in the representation of women in all sectors.”

Meantime, the British Airline Pilots Association (BALPA) is calling for airlines to encourage women in to the industry by improving maternity pay. BALPA says the current level of statutory maternity pay, offered by most airlines, is an obstacle that puts women off joining the profession. 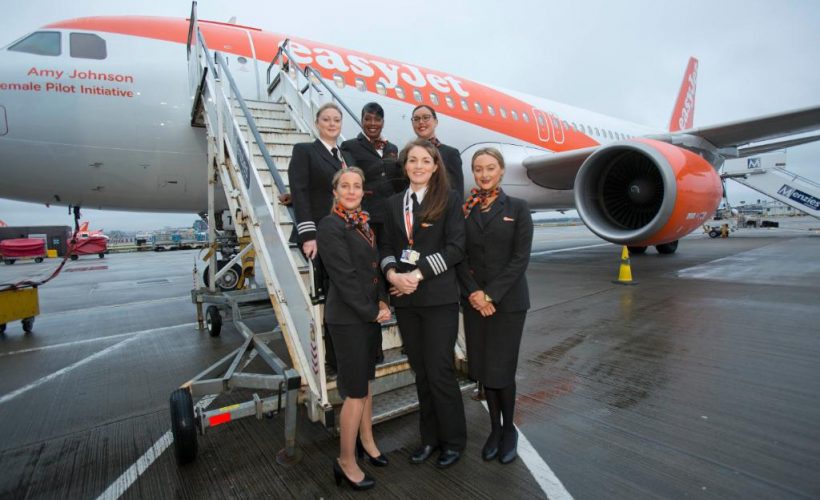 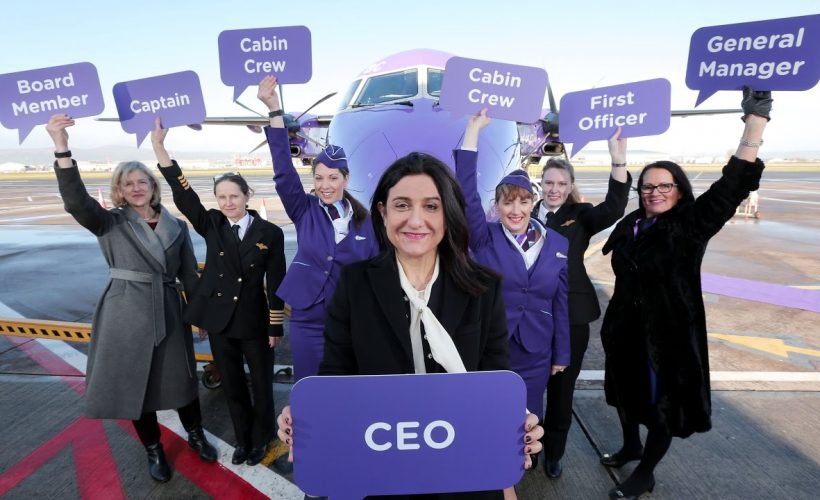 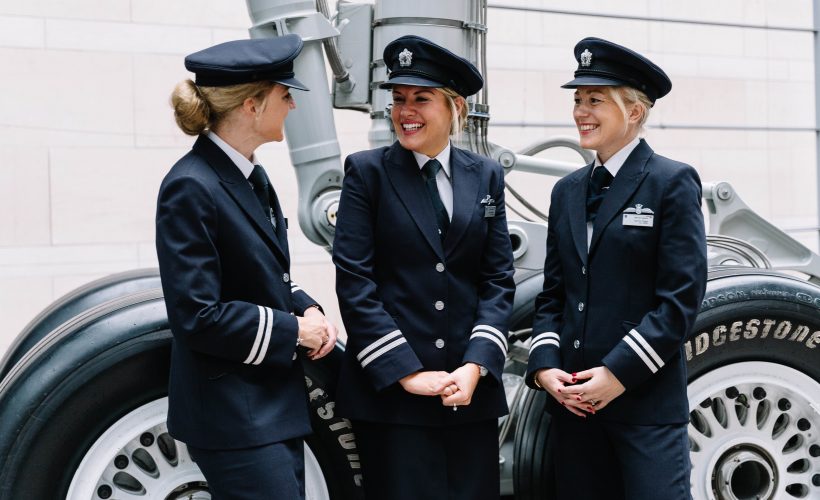 BALPA launched its industry-wide ’Baby on Board’ campaign with a parliamentary event, to demand an end to statutory maternity pay and the implementation of a better, more appropriate offering for pilots.

BALPA say that it is clear that for women, the viability and attractiveness of a career as a pilot is significantly affected by the ability to balance their job with maternity and childcare commitments.

The financial support available to a woman following the birth of her child has a major influence on the decisions that she will make, the consequences of which will be present for an entire career.

BALPA General Secretary, Brian Strutton said: “Many of the hardships associated with an 80-90% reduction in pay are obvious, particularly those which coincide with the extra expenditure involved in preparing for a new baby.

“Many of our female members tell us that they are the highest earners within their families – the traditional ‘breadwinner’ role. Some are single parent families. Increasingly, women pilots are also servicing debt from the costs of higher education and flight training, along with saving for the costs of buying a first house.

“When they go on statutory maternity leave their wages are slashed to just £145.18 per week and many find themselves struggling financially.

“For some it means delaying having children, taking shorter maternity leave or giving up on having a family all together. BALPA is calling for the airline industry to offer enhanced maternity pay for pilots across the board, 26 weeks full and 26 weeks half pay. If airlines are serious about taking on more women pilots they should say yes.”

BALPA says that it wants a model for enhanced maternity pay package for pilots:

BALPA say that this represents a fair proposal by reference to other large employers in the UK and is in line with the pay offered by comparable professional employers in other industries while enabling companies to present an industry-leading maternity pay package within the UK aviation industry.

This will benefit women pilots by allowing them to have children earlier in their careers and by reducing the financial hardship associated with having children.

The benefits to airlines in adopting this proposal include being seen to lead the airline industry in enhancing maternity pay, taking a decisive step to address the gender pay gap which has previously been identified as largely attributable to pilots, and ultimately encouraging more women to become pilots.