Canada’s Flying Training Crisis – any lessons for the UK?

Steve Dickinson looks over an investigation into the state of Canada’s flight training industry and finds that some lessons are universal.

It seems that the Canadian government is aware of a potential crisis in flight training capacity in the coming years, and has taken expert testimony in an attempt to understand the issues. While some of those issues are specific to Canada – its domestic regulation, its geography or its climate – others are scenarios that many will find familiar on the other side of the Atlantic, particularly in the UK, so its report makes interesting reading and may well contain valid messages for the UK and European Flight Training industry.

Earlier this year the Canadian government’s Standing Committee on Transport, Infrastructure and Communities issued its report ‘Supporting Canada’s Flight Schools’ which followed from an investigation, and witness testimony and submissions from experts in the field of flying training.

The investigation was prompted by concerns about a potential pilot shortage in coming years and sought to identify the key issues and make recommendations. Like many countries (including the UK), Canada is aware that projected demand for trained aircrew is likely to at least double in the next fifteen years or so, and that around 80% of the required pilots have not yet been trained.

The current annual number of newly-qualified professional pilots in Canada is around 1200, of which half are overseas students, most of whom don’t remain in Canada after achieving their qualifications. The report suggests there are potentially about 500 new pilots every year available to meet Canadian domestic demand, which leads to a projected shortfall of over 3000 pilots by 2025. One key problem is that there aren’t enough instructors and examiners, at all levels, to sustain the flight training industry.

The report makes 13 specific recommendations, including:

• The development of policies, including tax breaks and loan forgiveness schemes, to encourage flight instruction as a viable career path; to encourage more minorities, including women and indigenous people, to take up flying instruction or a pilot career; and specific policies for the remote and Northern communities, where aviation is both a vital support lifeline, and inherently more risky.

• Changes to the training regimes and governing regulation, to encourage the adoption or more extensive use of other technologies such as simulators, and to move away from hours-based training to competency-based requirements.

• Changes to the training and certification regimes for flying instructors and examiners.

• Financial assistance, such as improved capital write-off allowances for training aircraft and simulators, and other economic incentives for investment in flying training facilities.

• Extension of existing student assistance programmes currently available for other vocational areas, including student loans, into the arena of flying training.

• Simplified immigration rules for overseas students who wish to remain in Canada on completion of their training.

• Greater regulatory oversight in the more remote and Northern areas. Paradoxically, these are the areas which require the greatest skill and experience, due to climatic and geographical conditions, but which find retention of skilled aircrew difficult, and rely disproportionately on recently-qualified ‘entry-level’ pilots.

As in the UK, Canadian flight training organisations take various forms, from small independent operators, to larger Flight Training Organisations (FTOs) associated with educational establishments such as colleges and universities. All are controlled by domestic regulations, but some of the oversight is sketchy, for example in the remote and Northern areas, while other aspects of the regulation are slow and time-consuming.

Accreditation of an examiner can take six months or more, when the actual task of assessing could be achieved in a few days. Of approximately 360 FTOs identified, around 175 offer professional training. The lack of a viable flying instructor career path is cited as a specific area of concern.

Due to the marginal economics (FTOs are said to operate on net margins of typically 3-7%) flying instructing is not well-paid and most instructors use the job as a route to build necessary hours for ratings and licences, and move into commercial operations at the earliest opportunity. Sound familiar?

Additionally, there’s a vicious circle at work here: instructor shortages limit training capacity, which reduces the number of pilots available to airlines, who also then recruit from the FTOs’ instructing staff, thus reducing an FTO’s ability to train, and so it goes on.

A further complication arises because fewer instructors gain the necessary experience to become supervising instructors (QFIs), instructor trainers, or examiners before moving into the airlines, leading to further potential bottlenecks in the training and testing process.

Factor in Canada’s regulatory requirement that instructor examiners are required to have airline experience and it is clear that something has to give, if matters are to improve. And that’s before you get to the fact that Transport Canada takes typically six to twelve months to train and assess an examiner, a process which is reckoned by industry experts to require no more than a few days’ focussed activity.

All of a sudden, the UK’s flight training tribulations acquire a little perspective. Maybe we should count our blessings, once in a while…

All of a sudden, the UK’s flight training tribulations acquire a little perspective. Maybe we should count our blessings, once in a while

There is also a recognition that any policy needs to take the needs of General Aviation training as well as professional flight training into account. Attrition rates (ie failure to complete) for PPL training can be as high as 50%. The recommendation is that the government, working with various interested parties, develop policies to support and encourage the growth of Canada’s flight training industry.

The government response broadly agrees with the recommendations and gives examples of recent work undertaken, recognising the particular difficulties with instructor retention; it will look to explore opportunities in this area with relevant industry bodies.

Most of these problems are visible in the UK and Europe, especially at the GA end of the spectrum, though professional instructors in the larger UK FTOs can now command decent remuneration, and a better work/life balance (regular hours and lack of shift pattern working) than most low-cost airlines. This is often sufficient compensation for any shortfall in earnings for many who have chosen this path.

The report contains many quotes from industry experts and appears to recognise that making flying instructing a viable career path in Canada is probably a prerequisite for addressing the other issues.

The remedies suggested include student loan forgiveness schemes – these are already in place for other professionals, such as family doctors, and nurses – so that an instructor could earn forgiveness of at least 40% of their student loan, after a period of two years’ instructing.

Other options might include allowing serving airline pilots to work as instructors tax-free (ie the instructing pay would be untaxed), and a broad recognition that the view of flying instructors as the lowest rung of a professional pilot career (and thus, one to climb off at the first opportunity) was a mindset that needed to change.

As with the UK, many of the other issues identified in the report are financial. The slim margins that FTOs operate under, the high operating costs and the substantial capital demands for training aircraft and simulators make the FTO business model vulnerable to many factors outside their control.

Greater use of simulators can help with costs and also reduce weather dependency, thus improving utilisation of assets, but the current training requirements are unhelpful.

For example, permitting a larger percentage of sim-based training in the mix, together with a move away from hours-based training to competency-based training (where the student progresses as they demonstrate competency in training landmarks rather than in accordance with time accrued) could help FTOs develop a more robust and viable financial model.

And financial incentives such as low-interest loan schemes and improved tax breaks (eg 100% write-down) for capital investment would further encourage and support such investment as is necessary.

The consensus among respondents was that the industry itself was healthy enough, and has good potential, but is hamstrung by unhelpful regulation, and the chronic shortage of instructors and examiners. 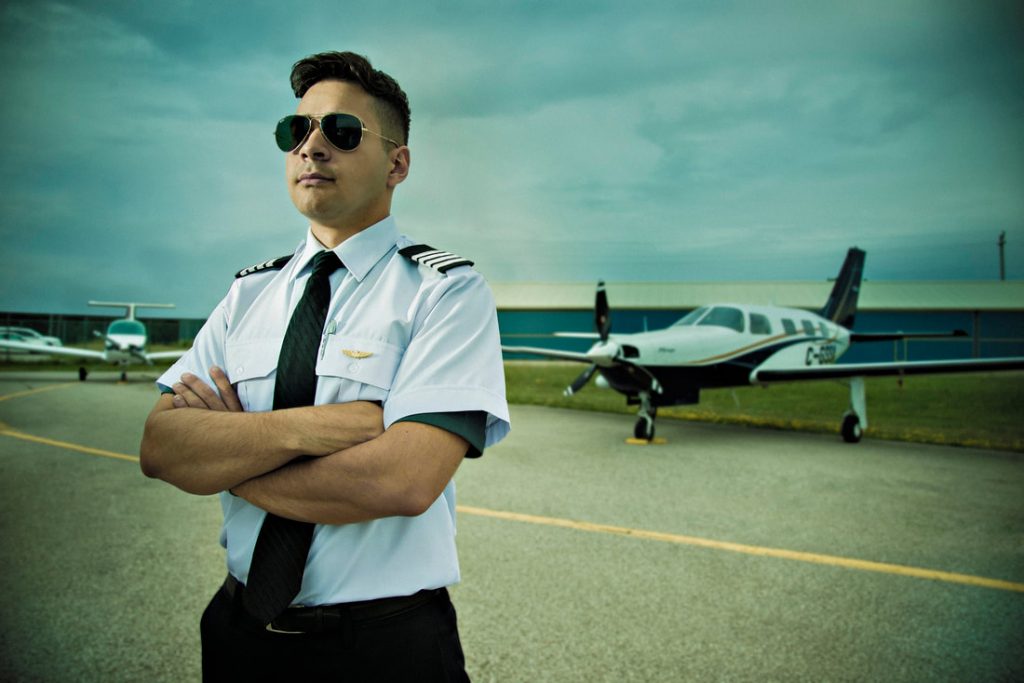 The cost of training is both a barrier to entry, and also the largest single factor in failure rates. Schools report attrition rates of 15%, though sometimes as high as 50% when PPL students are also taken into account, and experience seems to suggest that financial reasons account for around 90% of these failures to complete the course. And unless you get a job in the airlines relatively quickly there’s a 30% drop-out rate once qualified because instructing, or working for operators in the remote and Northern territories, doesn’t pay well-enough to cover the inevitable loan costs and also provide a decent living.

Proposals to address this include extending existing student loan schemes to be available for pilot training, and allowing financial or tax breaks for PPL training where that training is intended to form part of a professional training package.